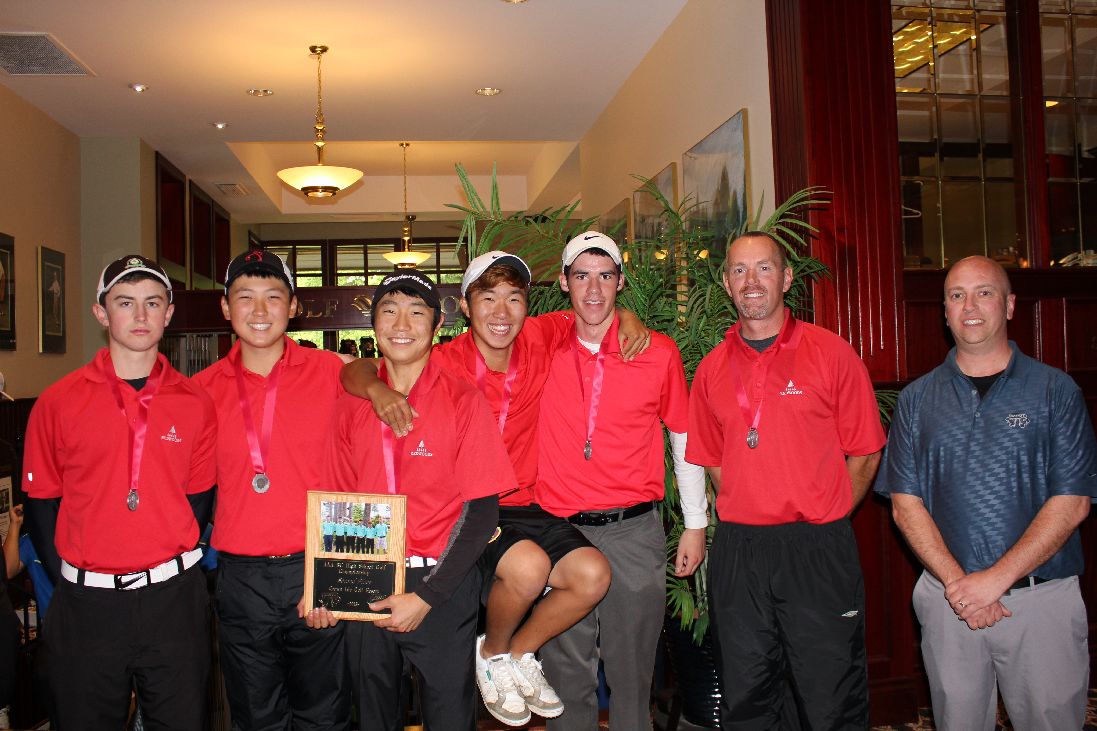 At the start of the season, the Walnut Grove Gators set out a goal of qualifying for the B.C. provincial high school championships. And the team of five golfers achieved that goal.

The Gators show a combined 620 over the two-day championships which were held at Courtney's Crown Isle Resort and Golf Community on May 28 and 29. They finished five strokes back of the winners, the St. Georges Saints. Even more impressive for Walnut Grove was the fact the team did not even win either the Upper Fraser Valley or Fraser Valley championship, finishing runner-up both times.

"Their focus was to qualify for the provincials," said Walnut Grove coach Dana Ferguson.

"But once we got there, we figured we had a good chance to place well.

"The boys were disappointed that we didn't win."

The Gators were three shots back and in third place after the opening day before moving up to the second spot.

"It was a very good result, but when you are that close, the boys were disappointed they couldn't find those extra strokes to win," Ferguson said.

Leading the way for the team of five golfers was James Kim, who shot a combined 6-over par 150 for the 36 holes. The Grade 9 golfer's result was good enough to tie him for sixth place. Only one golfer finished below par. The rest of the Walnut Grove team is made up of Tony Ko and Ryan Janes — who are both in Grade 12 — Grade 11 golfer Trevor Whiton and Grade 8 golfer Jae Wook Lee. All five are members of the Redwoods Junior Golf program.

In 2012 we underwent the 1st phase of an extensive drainage improvement project; the benefits of phase 1 have been undeniable in 4 major areas. On May 6th, we began phase 2 of the drainage improvements by addressing 7 different high profile areas, the targeted areas are not only heavily played areas but also high profile view areas as well.
These areas include a large portion of #2 fairway, 2 areas in #4 rough and fairway, the large swale at the corner of #9 in the rough, between the tee and fairway on #10, from 150 yards in on #13 and finally the large area between the back left of #18 from green to starter shed and up to the front of #1 fairway.
Our plan is to install approximately 9500 lineal meters of drainlines, one area at a time consisting of 2" slit drainage with 3 and 4" collector lines.

We would like to encourage golers to contact us directly for the most up to date information. 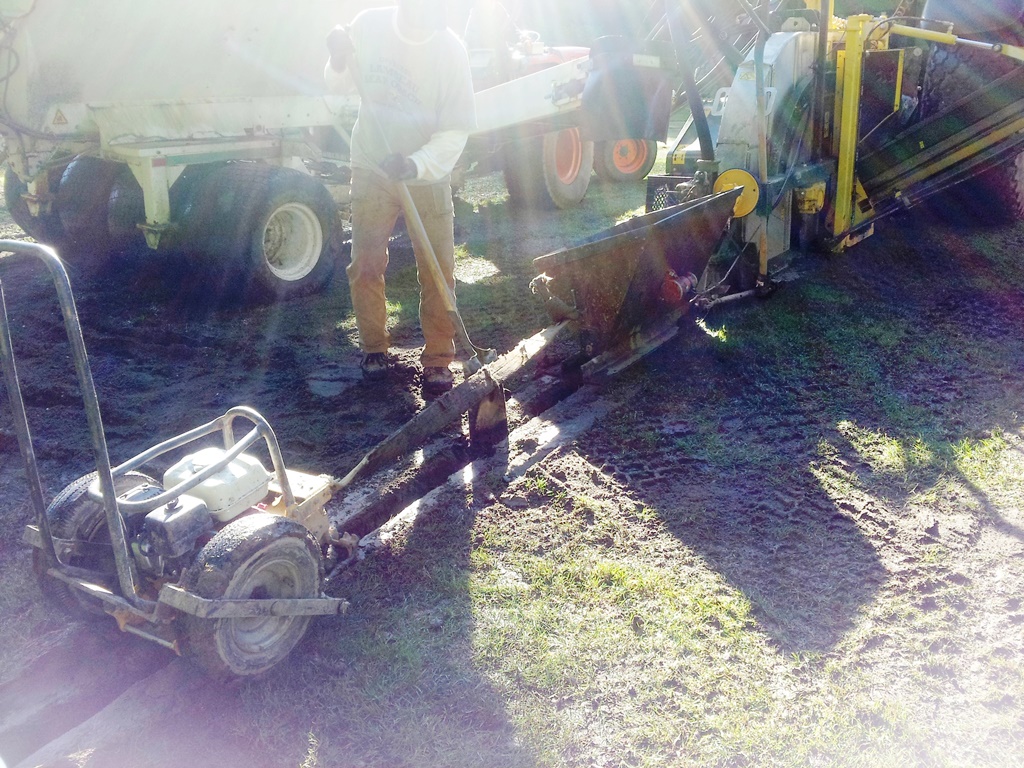 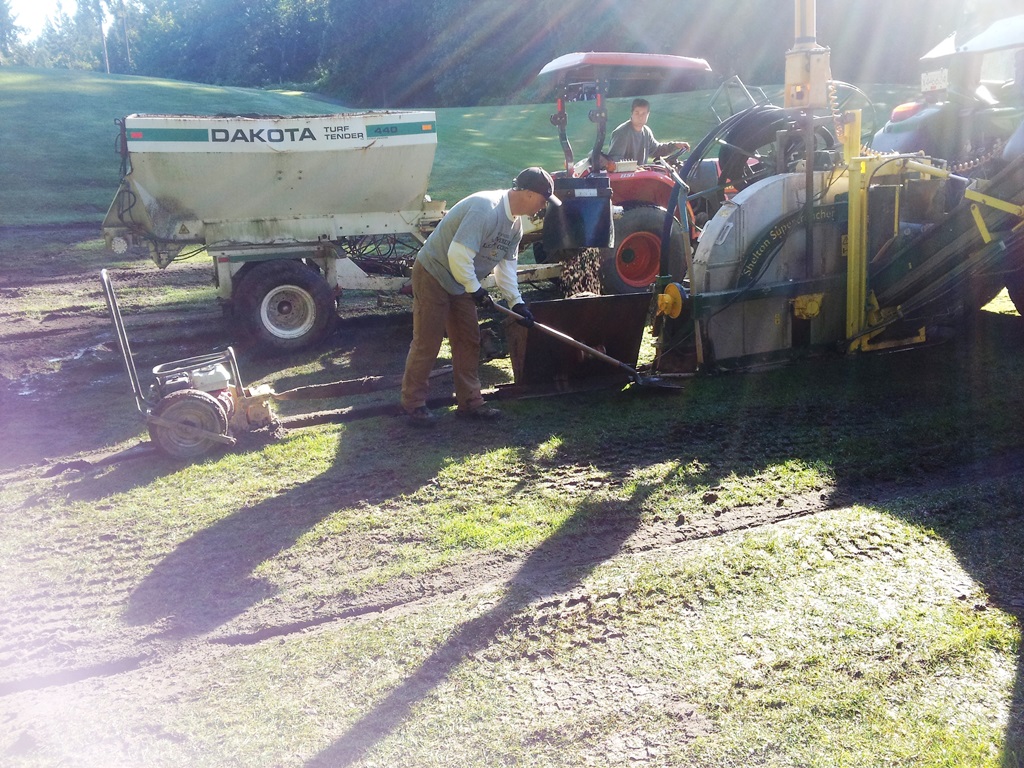 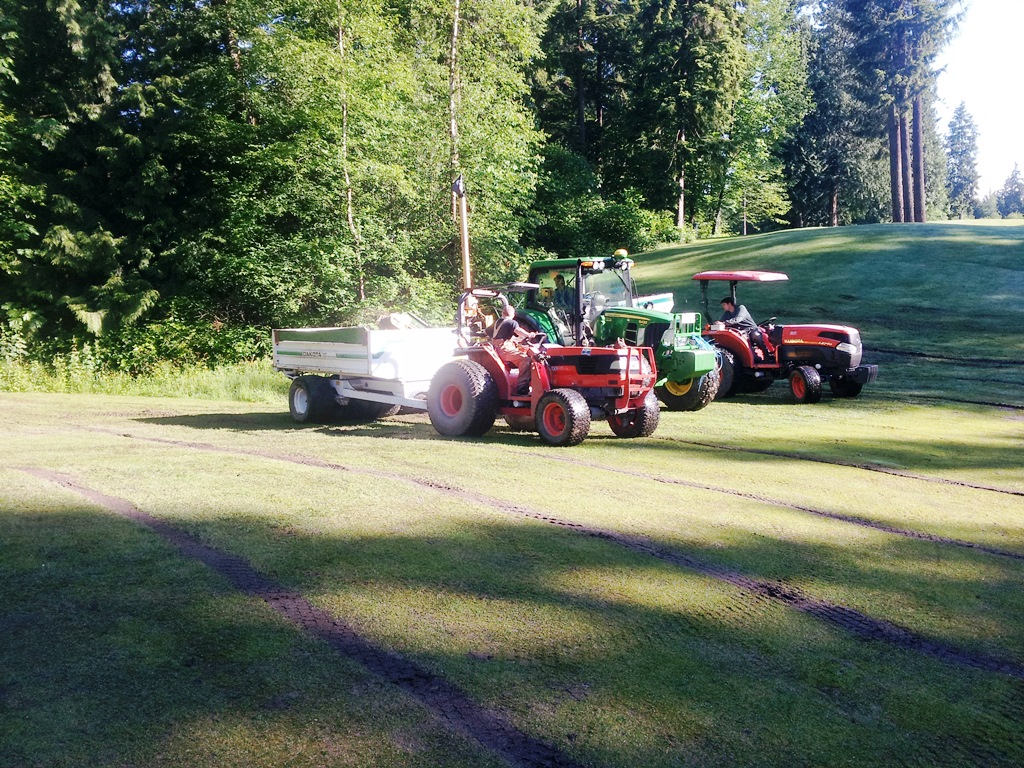 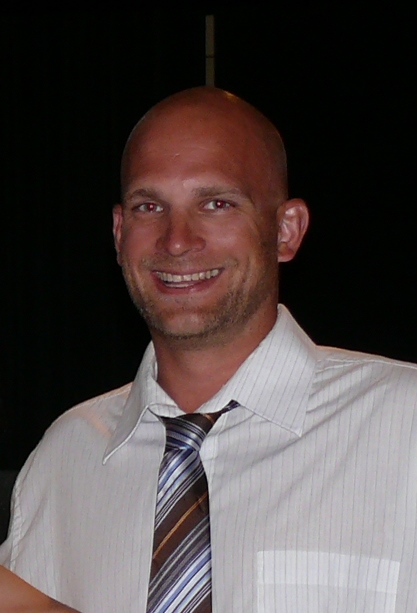 Meet Kelly Loat; one of Redwoods Finest, Kelly has been with The Redwoods Golf Course for 7 years now. and with his vibrant personality Kelly displays a true passion in the kitchen. He loves to experiment with new and creative items, always looking for ways to enhance a dish as if it were a piece of art.

When not in the kitchen you can find Kelly on the course, with his family at the beach or hitting home runs at baseball, this could all change...

It has been announced that Kelly and his wife are due for a baby this October 14th; Congratulations Kelly!

Give it a Try with one of Kelly's fun and easy dessert recipes!

I love my work environment so much, I will get married here!

2009 where she worked in our concession shack at the 10th tee. After a few golf seasons in various other serving positions in the restaurant, she now works as a supervisor and can also be seen buzzing around the golf course on our beverage cart during the summer.

She has a very exciting couple of months ahead as she is currently training to run her first half marathon and because she loves the setting at Redwoods so much, she will be kicking off our wedding season this May by marrying the love of her life Matt, right here in our ceremony gardens! With her super upbeat personality and contagious smile, we are thrilled to have Laura as part of our team.

As May is approaching us very quickly Laura has everything planned and is feeling stress-free!

"Working at Redwoods for the past four years, I have seen my fair share of weddings. Although I do not like to admit it, I had started to plan my wedding the first season I worked here - about six months before my soon to be husband, Matt came into the picture. The Redwoods staff team is a very close-knit group; it doesn't take long at all before you start feeling like one of the family. After seeing how dedicated everyone on staff - from the Course Assistants to the General Manager - is and treats each wedding that gets put on, Matthew and I didn't even have to think twice about who we wanted to be taking care of us on our wedding day!"

Two-time B.C. Junior Girls champion is one of eight Canadians in field 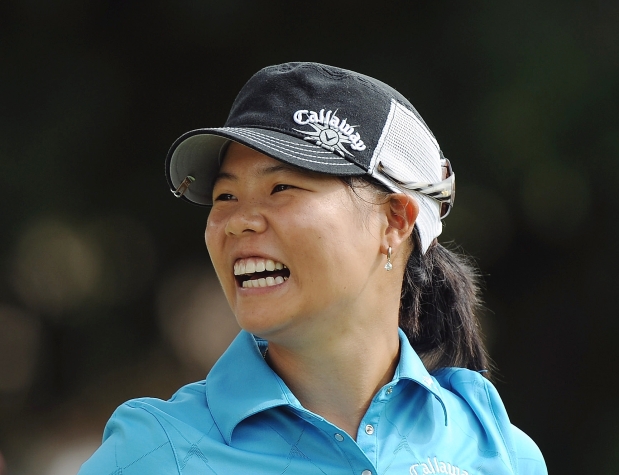 VANCOUVER — It’s a long way from Langley to the LPGA Tour, but Sue Kim thinks she is ready to complete the journey.

It’s a trip that began more than seven years ago when a then shy 14 year old holed a 5-iron from 150 yards to eagle the par 4 14th hole at Sandpiper Golf Course en route to the first of two B.C. Junior Girls championships.

That’s when the pro golf dream really began for Kim, who on Wednesday will tee it up in the first round of the final stage of LPGA Tour qualifying school in Daytona Beach, Fla.

She’s been here before. Kim has played two previous LPGA Tour Q schools, but this isn’t so much about being third time lucky. More like third time ready.

Kim, now 21, and a pro for just two years, thinks she is much more prepared to take that next step and join the big league of women’s golf.

This past year was Kim’s first full season on the Symetra Tour, the feeder circuit of the LPGA Tour. She didn’t attain her goal of finishing in the top 10 on the money list and earning a LPGA Tour card, but she did have a solid season.

In 16 starts, she missed only two cuts and had four top-10 finishes. She earned just over $22,000 and finished 23rd on the money list. More importantly, she gained confidence and learned some things about being a pro.

“This year was a real learning experience for me,” the Walnut Grove secondary graduate said over the phone from Florida. “It was my first time playing on a tour for a full season and I had my mom with me which was a great support. I was able to focus on golf and not worry about all the other stuff that comes with travelling.

“I did play a lot better and I think my course management really improved. I had some top 10s and shot a lot of under-par scores. I just felt like my play was a lot more consistent.”

Consistency will be a buzzword for Kim when the 90-hole pressure-cooker that is Q school begins on Wednesday. In her first two trips to Q school, Kim learned that it is an entirely different beast than regular tournament golf.

“I think it’s really good to have a caddy that can help you know when to be aggressive and when not to be and I think I’ve found one.”

The goal is to finish in the top 20, which earns you exempt status for 2013. There are two conditional categories for competitors finishing between 21st and 40th.

“Last year I played well the first two days but then couldn’t really handle the whole five-day pressure,” said Kim, who finished tied for 64th at final stage in 2011. “I don’t think I was ready. But that was a great learning experience also.”

Q school is played each year on the Legends and Champions courses at LPGA International Golf Club. Kim, who has moved to Florida full-time, played some mini-tour events there this year and now feels like she knows both courses well.

“The Champions course is a little bit more open and a little bit longer,” she said. “Some of the bigger hitters can go at the par 5s and it’s more wide open, so it’s easier to score I’d say. The Legends course is really tough, very narrow and really tricky. The Bermuda rough is very thick on both courses and is really hard to deal with when you are off the greens, so ball-striking is very important.

“And both courses have the beach wind. It’s right on the water so the wind is blowing all the time.”

This email address is being protected from spambots. You need JavaScript enabled to view it.