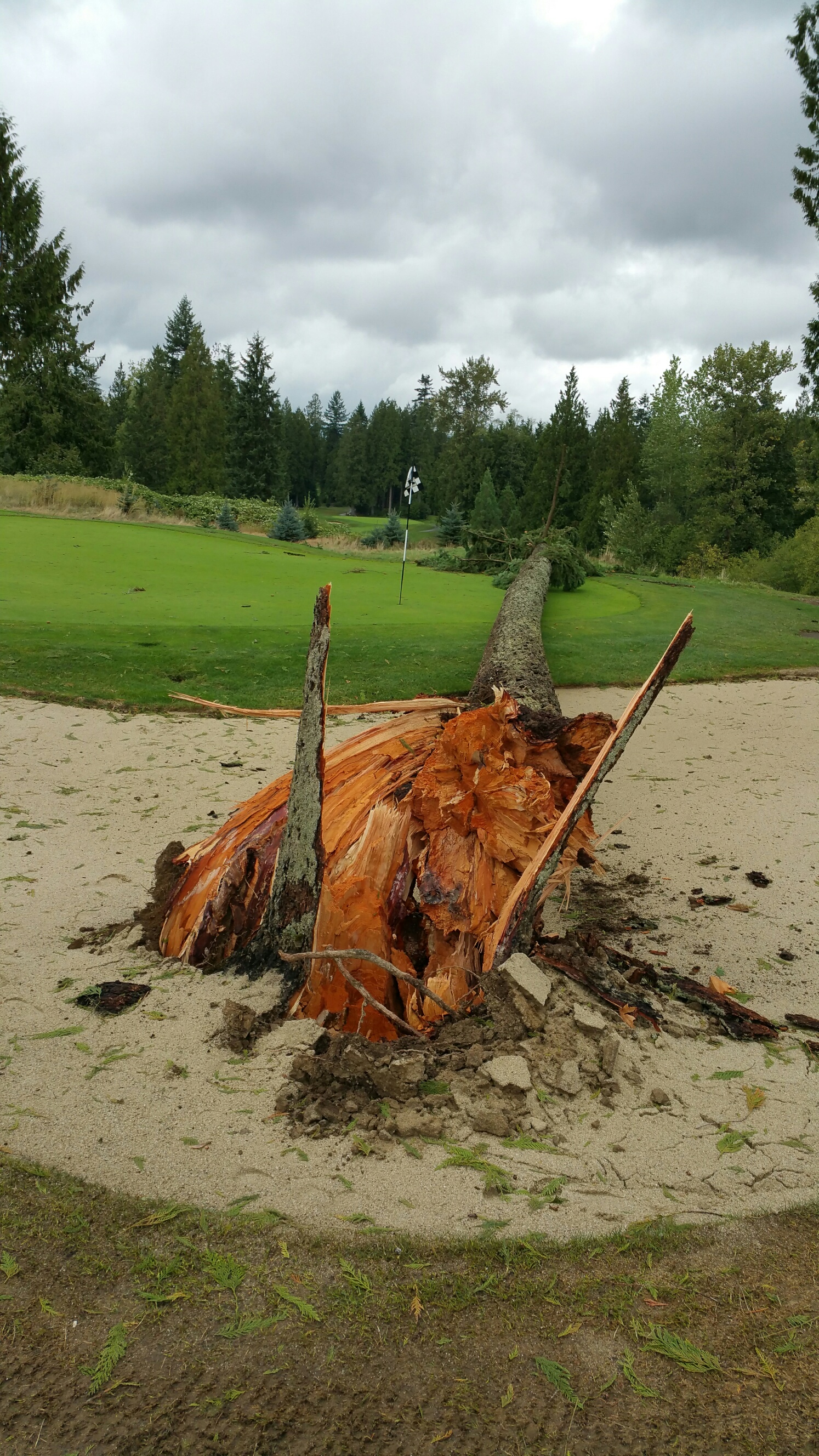 If you simply say the words ‘August’ and ‘storm’ in the same sentence around the Redwoods ears perk up and stories start being tossed around recalling everyone’s experiences during the final weekend of August 2015. Going into the weekend of August 28th to 30th, Redwoods was more than ready. We had just accomplished a huge week of Shotgun Tournaments and Banquets as well our annual Boys of Fall Charity Golf Tournament and Music Event; a weekend with three weddings, even with one being our biggest of the year, seemed like a breeze!

Friday’s wedding went without a hitch! But come Saturday and Sunday the forecast was looking pretty stormy—but it was nothing we hadn’t seen before!

Saturday’s wedding was our biggest of the year and no matter the weather the wedding was to be held outside. However, come Saturday morning… The wind: howling. The rain: pouring. The Thunder: rolling. The trees: falling everywhere. The course: unplayable. This was about to get real interesting. 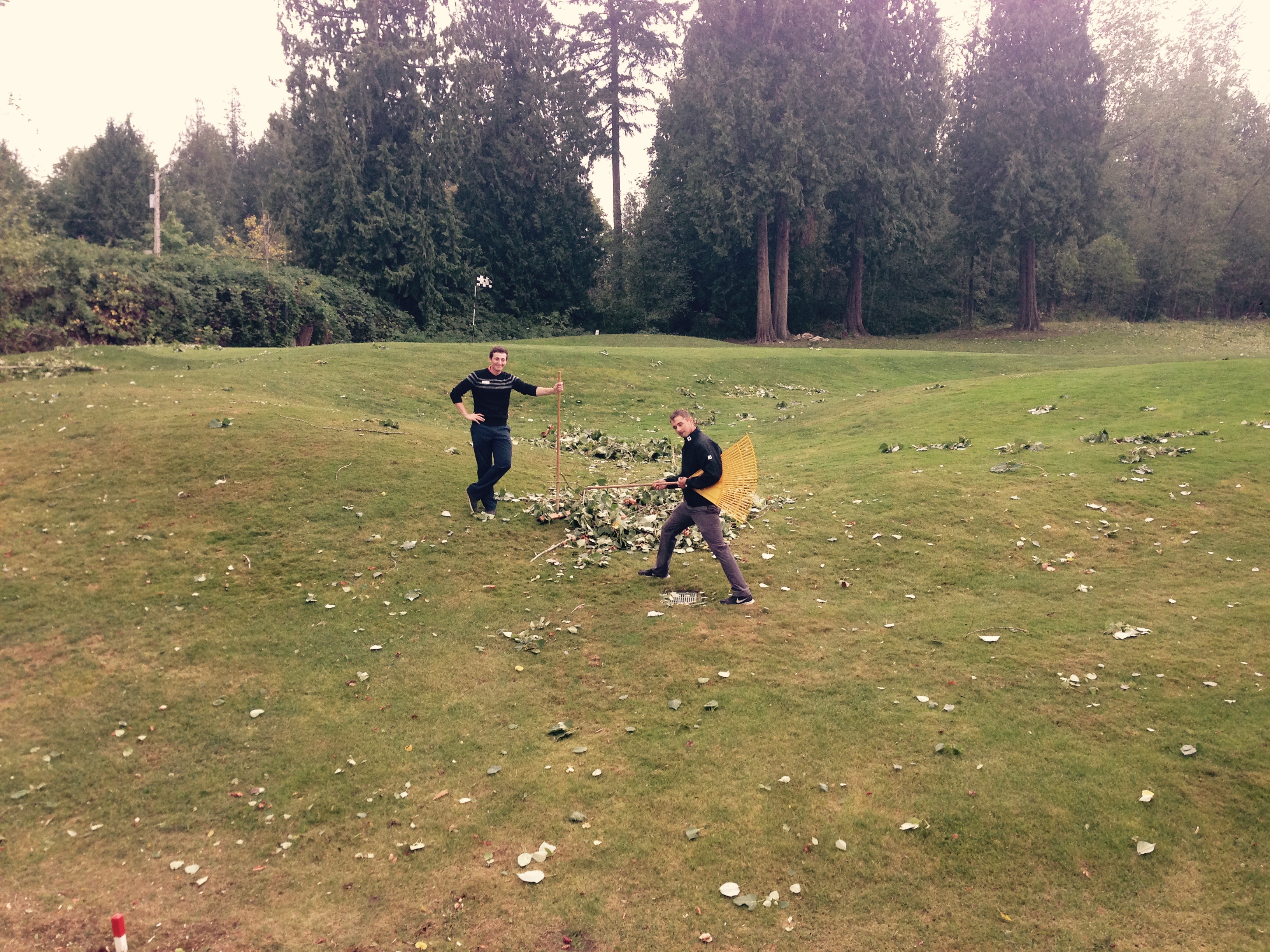 Just hours before guests arrived and the wedding ceremony was set to begin, the power went out with absolutely no signs of coming back on; we had to think fast because this was a show that must go on. We found some generators to provide power to the wedding reception tent so that the lights could shine and the music could rock—it was as bright and lively as any other wedding evening. Inside, the bar was lit with candles and glow sticks giving some light to the bartenders mixing drinks on what ended up being the busiest bar night of the year! A walkway was created with flickering candles to guide wedding guests through the dark clubhouse to the washrooms, giving off a cozy, romantic ambiance. 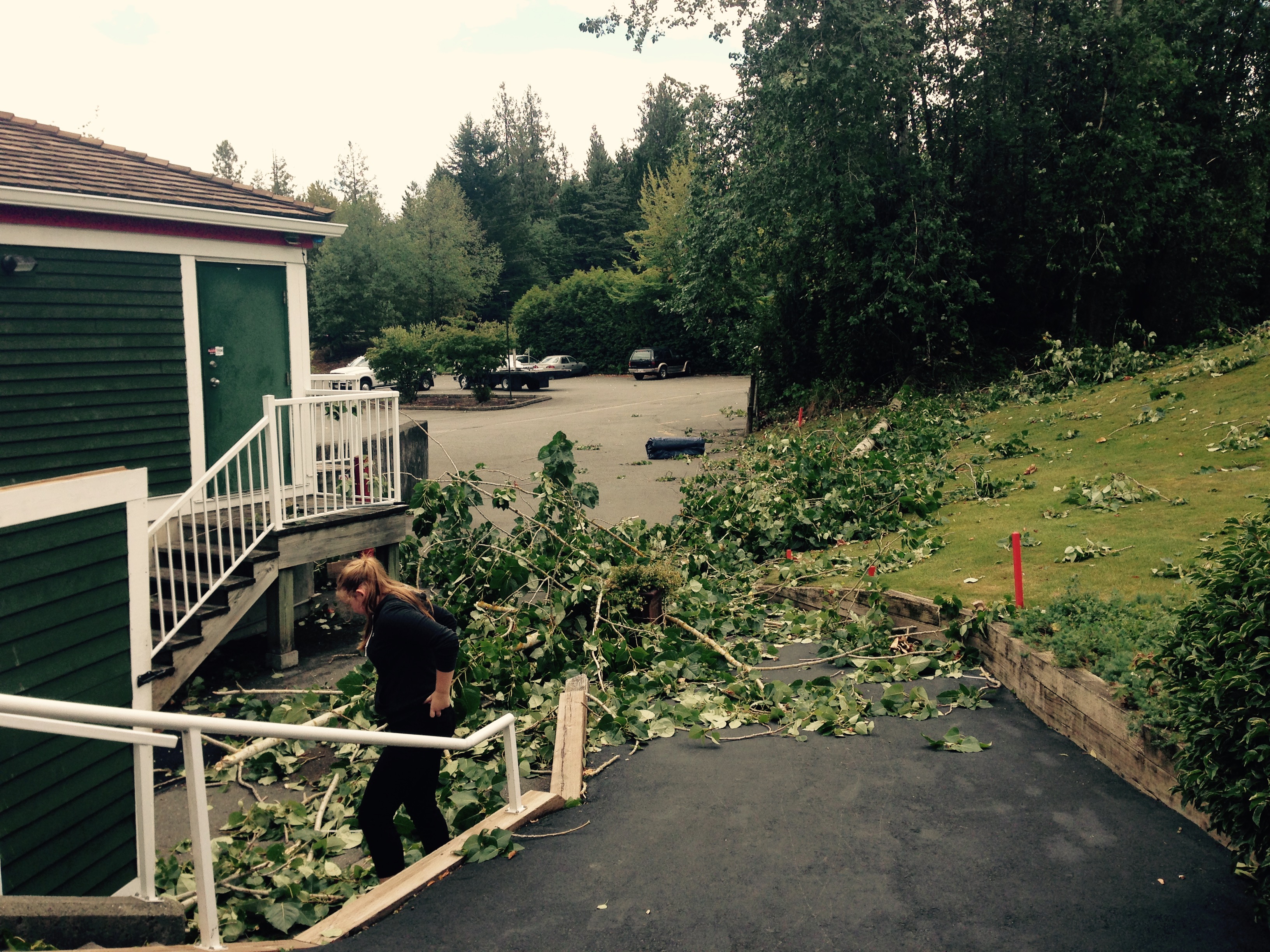 Meanwhile, the kitchen was experiencing a whole different scenario. Our Executive and Sous Chefs were hard at work preparing a delicious buffet for 173 people in a dark powerless kitchen with only one small oven working! It was a team effort but somehow they managed to pull off a delicious feast! Wedding number one was a huge success!

By Sunday morning we still had no power and a whole other wedding to throw! We used all we learned from Storm Day #1, along with the help of the dishwashing machines at the Fort Pub, and we proceeded as best as we could. All was smooth—hey, we had already done it once before!—until our restaurant manager saw something hot and orange that could devastate the day: flames. One of our trusty gas generators was working overtime and had caught fire. Three employees grabbed fire extinguishers, ran to the scene, and put out the flames before it got 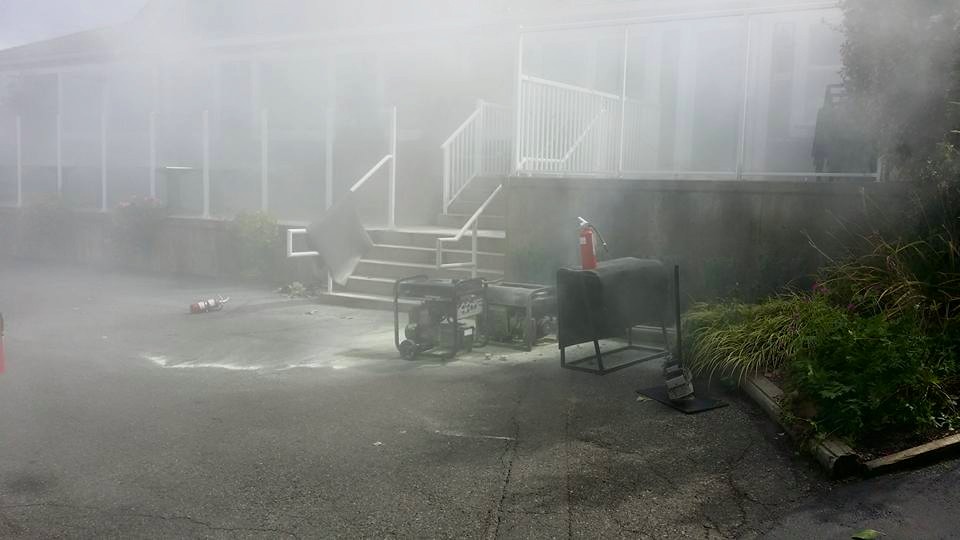 completely out of control!

With that small(ish) hiccup, the day continued on as normally as possible. Part way through Sunday around 8:00 pm the power came on and everyone inside the building cheered in relief! Many guests in the tent, however, didn’t even notice the power had returned as it looked completely normal out in the reception area the whole time!

The Redwoods Team accomplished so much on that fateful August weekend. Everyone pulled together and did things that we had never expected we would have to do. We cook food, serve drinks, host parties, fight fires, and chop trees here at the Redwoods AND we can do it all in the dark! Having survived that August weekend, we have no doubt that at Redwoods we can accomplish whatever we need to in whichever situations are dealt! Go, Team Woods!