Langley's Lee Playing Beyond His Years 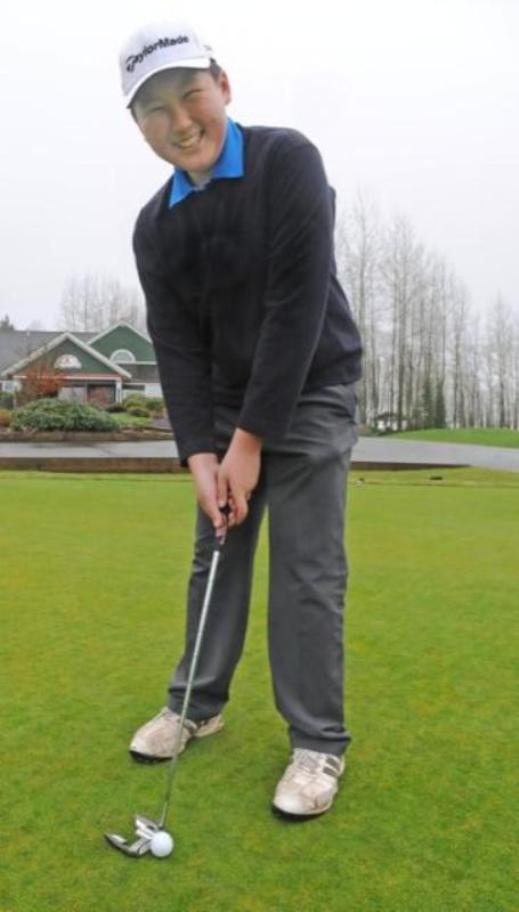 To any passerby, Jaewook Lee looks like a regular 12-year-old boy, laughing and joking with his friends as they practice their putting at the Redwoods Golf Course.  But Lee is far more than a regular amateur golfer.  Last week he became the youngest person ever to win a Vancouver Golf Tour event — a tour for local professional and amateur players to play at a high level of competition in a PGA Tour environment.

He shot a 2-over par 72 at the VGT’s Winter Tour Event held in Fort Langley at the Belmont Golf Club. Finishing tied for top spot — there was no playoff — also gave Lee something besides first place: he became the tour’s youngest-ever winner of an amateur event.  The previous youngest winner of an amateur event was 17 years old.  One of the remarkable aspects of Lee’s accomplishment is the fact he only took up the sport two years ago.  After playing for only two years, Lee has won numerous events including a Maple Leaf Junior Golf Tour event in June.

“I just came to the golf course with my dad.  It looked fun and interesting so I wanted to play,”  he said about how he got involved in the sport.  When asked what he loves most about playing he said “I like hitting it and getting it in and watching the balls fly.”

Despite winning the event, Lee is not ready to rest on his laurels.  Asked how it felt to win, he replied “like I have to practice more.”  He did admit that winning was a good feeling.

Lee practices daily at Redwoods, where he is a junior member.